A Tale of Two Deities 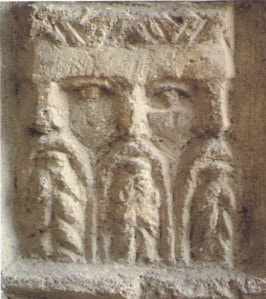 People called them gods
Once again I feel the need to emphasise that I am a monotheist in the sense that I acknowledge One Source and the unity of all Life and Consciousness – commonly called God with a capital G but also referred to these days as The Universe, The Cosmic, The Supreme Being or other appellations. Those who dwell on the higher planes, and who manifested and mingled with us over centuries past, were called gods (with a small g) because they are superior non-human intelligent beings, often wielding great power. If we give them the title of deities, then it is considered polytheism, which is condemned as paganism by the religious and consigned to mythology by the academics. I choose to call them Superhumans.

There are two such Superhumans whose existence was well documented in the history of Western Europe and Britain. Both were influential in the establishment of Western civilization. There are best known by the names Apollo and Hermes, and they continue to be active in the affairs of this world today.

In the second millennium BC, the mystery schools of ancient Greece, such as the Pythagoreans, and the Tuatha De Danann of ancient Ireland, received their illumined wisdom, teachings and spiritual techniques from ancient Egypt. While it is commonly accepted that the torch was carried from Egypt to Greece then on to Rome, the connection between Egypt and ancient Ireland is less recognized.

Connecting Thoth to the Tuatha
One of the most important Egyptian Superhumans is Thoth, who came to be equated to Hermes, brother of Apollo, by the Greeks.

Lately it has been recognized that the name Thoth is synonymous with Tuatha in ancient Ireland. A community there was known as the Tuatha De Danann, meaning the People of Danu, who was a matriarchal deity. I have written elsewhere on this site about the name Anu which crops up in the history of every land on the planet (including as part of the word Anunnaki) and Danu is obviously not just coincidental. Because of the influence of European languages, we tend to assume that the middle word ‘De’ means ‘of,’ however it has been demonstrated recently that De more likely is equivalent to the Egyptian hieroglyph for ‘water-crossing,’ and that the words Tuatha De tell us that it was Thoth who had come to Ireland – over the sea. Perhaps the name of the lady Danu then ought to be characterized as D’Anu, meaning she belonged to the lineage of Anu.

The ancient Superhuman of that era who was called Lugh also happened to be associated with Hermes by the Romans (or, more precisely, by Julius Caesar, who identified Lugh with Mercury, the Roman name for Hermes). The name Lugh was also rendered as Lugus, or simply as Lug (in Celtic as ‘Lynx’ or Light), and there is an obvious similarity with the Latin word for light: Lux. It is said that Lugh’s name occurs as an element in many continental European and British place-names, such as Lyon, Laon, Leiden, and Carlisle (formerly Luguvallium: ‘Strong in the God Lugus’).

We need to pause for a moment and reflect on what this all means.

In ancient times it was commonly accepted that the Superhumans were immortal. By virtue of their immortality, some of them manifested to different cultures during various epochs under different names. Hence the Thoth of Egypt has been identified as the Hermes of Greece, teaching many skills to humans, such as language and writing. Now we can also identify this personality with the Tuatha of ancient Ireland.

Moreover, every ancient civilization had a ‘solar deity’ connected to, and representative of, the Sun. The Aten/Ra of Egypt became known to both the Greeks and Romans as Apollo. To the Tuatha De Danann, he was the young, radiant and multi-skilled Lugh.

So, we are talking about two significant and influential Superhumans:
One being known as Thoth/Tuatha or Hermes/Mercury;
the other, his brother Apollo or Lugh.

On a side note, Apollos son Asclepius (who brought us medicine and healing) was trained by his uncle, Hermes, who bequeathed the great Hermetic teachings.


In the next installments in this series, we will consider the nature of the higher and lower spheres, on which beings of subtle bodies dwell; and we’ll examine the discussions taking place in some circles that certain world leaders have been having secret meetings with non-human intelligent entities… many assume they must be ETs, but I suggest we will find out that they’re inter-dimensional beings from the higher plane – i.e. Superhumans!