The following article is an excerpt from the book, PROJECT “X” The Search for the Secrets of Immortality, By Gene Savoy © 1977 – Chapter 4: Project X
It is presented here as part of our introduction to the teachings of Cosolargy. 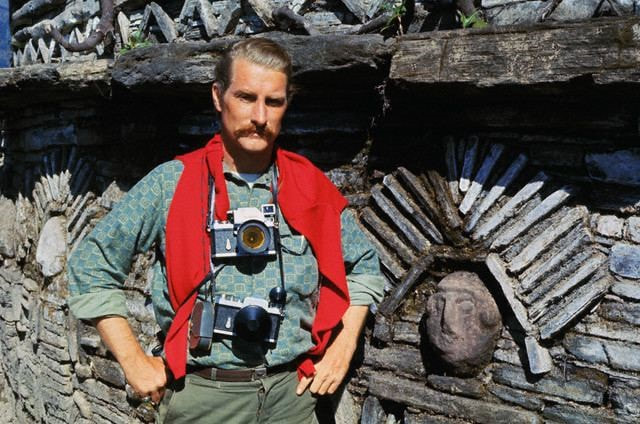 Notes recorded on March 19, 1971, in Mexico City             (By Gene Savoy)
If the processes of God are inherent or automatically operative in the incredible order and beauty of creation in form and matter, are not these processes an intelligence inherent in matter? And if so, do not our related atoms share in the intelligence of their counterparts in the solar system and universe?

It seems to me that solar energy is encoded with IF (information or intelligence factors) that, once received by the individual organism, are processed by the brain and other parts of the nervous system. Thus, radiant solar energy is responsible not only for life, but also for thought on our planet.

The absorption of solar energy through the eyes and thence into the nervous system links man directly with the sun. Moreover, such absorption of solar radiation, with its inherent IF, feeds and nourishes the nervous system with radiant energy and with cosmic intelligence or cosmic information brought in from outside the environment of the planets. Therefore, through these techniques, man is projected into space—and the energy and intelligence of the universe brought into direct contact with man.

The relationship between the eye and the sun determines and divides living creatures. Development of eye outwards from the brain in vertebrates, as opposed to inwards from the skin in invertebrates, is significant both biologically and symbolically. This development allows the production of clearer inner pictures, as in a camera, which can be impressed as an engram upon the brain and later reproduced from memory, as if by remembered sunlight, in both the waking and sleeping states.

The relationship between eye and sun is markedly different between day and night creatures. The difference is both chemical and structural.
Man probably enjoys the greatest range of color perception of all creatures. Has color perception increased within man’s recorded history?

Solar energy, waves of different frequencies, is interpreted by the nervous system as color, through intelligent communication. The communication is not only contained within the human organism (eye to brain), but is extended outside the organism via the eyes, creating a relationship between man and the light source, the sun, through energy. If energy is the medium of communication, then it must also be the medium of information.

Human eyes developed little capacity for vision in the long-wave infrared range. Why? Infrared light has greater capacity for penetrating physical matter (as in infrared photography). Since sight is the most highly developed human sense, why did it not develop more keenly in this range? Why does eyesight improve with exposure to higher-frequency, shorter-wave ultraviolet light, as Dr. W. H. Bates found to be true in his research with sunlight and the eyes.

March 20
I have that energy absorbed in the proper dosage into the nervous system through the medium of eyesight has a tendency to flood the field surrounding the human organism. The field, and consequently the body itself, becomes saturated with infrared radiations, often resulting in high fevers such as that I experienced in Peru. The secret lies in reflecting or emitting the energy outward through a technique which brings about a balance or polarization. If this is not done in a satisfactory manner, the heat continues to build up, resulting in severe headaches and body tensions, and tends to cause variant forms of nature to manifest themselves in one’s vision.

Our research suggests that long and systematic exposure to sunlight not only enhances the sensitivity of the photoreceptors (rods and cones) in the retina, but somehow brings forth new ones able to register a creative energy contained within sunlight, which introduces new images into the medullary area of the brain and stimulates or brings about a higher consciousness. In our work we found that the pineal gland, located in the center of the brain, appeared to respond to the spectral characteristics of solar radiation, effecting biochemical changes. This appears to result in the development of a “third eye,” which, unlike ordinary eyesight, produces a “vision” of its own.

Summary: The human organism can be made, by proper exposure to sunlight, to handle larger than normal amounts of radiation, resulting in a hypersensitivity that causes a heightened sense of conscious, visual awareness.

Energy from the sun holds the secret of life. Since the sun is composed of 90% hydrogen, and man is composed of 63% hydrogen, the relationship between man and the sun is not to be doubted. A survey of studies of the origin of the solar system by such scientists as A. G. W. Cameron, Fred L. Whipple and Donald H. Menzel indicates that when the sun was young the pressure of radiation expelled a large part of its original material out into space, leaving the planets behind.

If the earth is condensed from the primordial material of the sun, perhaps our origins might be traced to a pre-existent solar being (a light being), the archetype of man, Adam or the first man. This could explain man’s evolution from a being of energy to a being of matter: a descent.

Was it not Plato who said, “Lower things will be found again in higher things---though in another form”?

Solar beings of light! Could they exist in the sun? Do such thoughts border on science fiction, or is there a basis of truth in this? If heaven exists, if that other world spoken of by Christ is real, then it must hold some position in the scheme of things. Christ often spoke of light in His sermons. Light/heat/radiation can be converted into matter, forming the material universe. Indeed, absorption of solar energy by our planet results in a net gain of matter.

Astrophysicists theorize that someday the earth will be converted again into light/heat/radiation when our parent sun dies out. The universe, being in a state of continual change, is transformed from light to matter and back again. Is it logical to assume that solar beings, like angels, fly upon wings of light and manifest themselves to man within the vision of his inner eye?

My research into solar techniques has led me to believe (through experience) that human consciousness possesses a built-in point of contact with solar worlds. The human mind is indeed enlightened and illuminated by contact with the sun. . . the apparent source of our origin.

Yet, within the light that illumines the human mind exists a supreme consciousness, some force or power transmitted to us which may not fall within the category of electromagnetic radiation.

The visible sun is but a bridge to something higher!