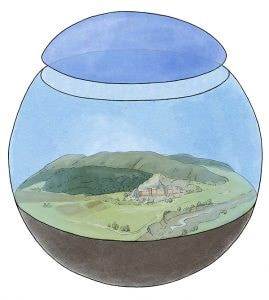 There are two questions people commonly ask about non-human intelligent beings with ethereal bodies who interact with us. The first is: “where” are they located? The other is: if their “bodies” are made of a subtle substance rather than flesh-and-blood, how are they able to manifest themselves visibly and tangibly to us, not to mention having intimate relations with humans?

Let’s tackle the question of “where?” Even though well-meaning psychics and mystics will try to explain to you that there is no space or time on the non-material planes – and it may well be said that this is very true in the highest spheres – it is hard to get our heads around that concept. In order to grasp it, mentally picture many concentric spheres going in layers higher and higher above us. Of course, there are also lower realms beneath us.

It has become common to allocate numbers to other dimensions, particularly the fourth and fifth. I think this arises from the conventional meaning of dimensions, derived from the Latin word for measurement, i.e. length, width and height, resulting in our observation that we live in a three-dimensional (3D) reality. Our intellects tell us then that other dimensions must have more and more measurements to them (which is impossible for our brains to visualize) and various groups offer their estimate of the number of dimensions out there, such as seven, nine or twelve, right up to ‘an infinite number.’

It’s not my intention to engage in the speculation of numbers, as my personal experience is limited the sphere above us, which I call the Celestial plane, and the lower one known as the Underworld. Both these are ‘relatable’ to us, by which I mean they have concepts of space and time, albeit perceived differently. Dwellers on these two realms can relate to us and our understanding of our position in space and our point in this cycle of time.

Both these planes, I believe, are the source of many sightings of UFOs, ETs, ghosts, religious apparitions, ultra-dimensional visitors and – ‘channellings.’ Not every entity who might contact you from these ‘places’ will necessarily be friendly or acting in your best interest. With that in mind, my suggestion is that you always be engaged with your own authentic Overself before reaching out to, or receiving messages from, otherworldly beings.

When it comes to visualizing, or meditating on, the Celestial plane and its inhabitants, picture the space anywhere from the height of your ceiling right up to a mountaintop, depending on where you live. Mountain tops are always withing the limit of what we call the Troposphere, from ground level up to 10km (or 30,000 feet) high. Above that is the lower stratosphere where there are lots of airplanes flying around, disturbing the atmosphere in the process.

Beings known as Ascended Masters dwell in those higher levels of the Troposphere. There are numerous layers or tiers within the Celestial plane. When you attune with beings there, you will intuitively be drawn to the level that is right for you. 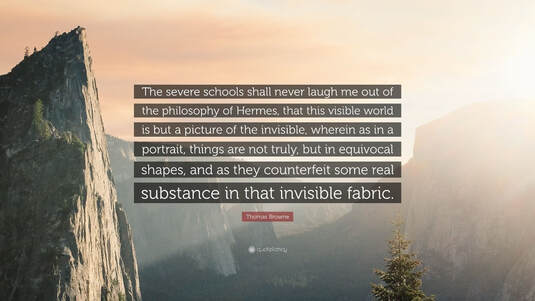 The second question is about how it is possible to communicate and interact with beings on other planes. In an earlier article in this series, I referred to the ancient manuscripts which support the Biblical assertion that Superhumans mingled with and, more significantly, interbred with Cro-Magnon man – now known as Homo Sapiens – producing a hybrid human. For there to be any substance to such narratives, entities from other dimensions must not only be able to manifest as apparitions to psychics and shamans, but also have the ability to materialize as physical beings, at least for a limited period of time.

It follows that they must also be able to later dematerialize. That is to say, they are not just ‘visions’ but can seem, at least for a while, to possess bodies that are just as physical as yours and mine – even while still maintaining a certain ethereal or exotic quality about them. Moreover, this tells us that their associations or communications are not limited to “supernaturally” gifted humans, but that they can connect with anyone they choose to.

Since posting the article Temporary Civilizations six years ago, I continue to come across more and more stories of communities that once existed, only to disappear right off the face of the Earth. I contend that many of them actually transitioned to a dimension of a higher frequency, in a state of what religious adherents call ‘ascension,’ or ‘assumption.’

For readers who are interested in delving deeper into the phenomenon of other dimensions of existence, there are innumerable sources – and you will probably find the articles written by quantum physicists the hardest to believe. As is often the case, when I begin to write on a particular topic, synchronicity kicks in and I encounter new, relevant information day by day.

For example, on his exopolitics.org website, Dr Michael Salla has recently cited information receive from Val Nek about higher density technology, and “the capability to materialize and dematerialize in a lower density when necessary.” Dr Salla sometimes speaks of ‘disclosure’ and ‘contact’ and, while he frames it in reference to UFOs and ETs, I personally believe that the term inter-dimensional will prove to be just as valid as inter-stellar.

An online report called ‘Contact’ was another interesting publication I came across, published by INIT - the International Network for Instrumental Transcommunication. They claim to be in possession of equipment that allows them to communicate directly with beings who have passed on and inhabit another plane.

For the purpose of brevity, I will refer here to a book co-written by three eminent teachers/authors: James Redfield, Michael Murphy and Sylvia Timbers. It is titled God and the Evolving Universe. In a chapter called ‘Luminous Embodiment’ they discuss how beings of the past have been known to possess ‘bodies’ that are not of flesh-and-blood and, as a matter of evolution, how we may also be able to attain this.

They devote quite a bit of this chapter to evidence from Christian scriptures demonstrating that beings exist with non-physical bodies – not just from the Bible, but also from great thinkers over the past two thousand years such as Origen, Thomas Aquinas and Romano Guardini. They connect their ideas with those of ancient Greek philosophers, Neoplatonist and Gnostic inspirations.

They also cover the “Taoist doctrines of bodily transformation,” including reference to the work of scholar David T Hansley in his book Subtle Bodies. From there, they go to cover shamanism, but I respectfully will not follow that line of investigation too far, because it often involves an hallucinogenic component rather than actual transformation.

For non-religious people, these concepts may be harder to accept. It would mean, for example, that Jesus not only resurrected physically, but did actually “ascend” from this world to the Celestial realm, transforming his body as he did so. And that some of those ancient personalities in the OT really did wrestle with angels.

Ancient Alien theorists are similarly reluctant to let go of the idea that visitors from other worlds could be anything other than flesh-and-blood. However, given that physical bodies like ours cannot be moved at the distances and speeds required for interstellar travel, inter-dimensionality becomes the only option. More particularly, it requires the ability for entities to transform their bodies from the frequency of one realm to another. Such a capability explains how entities can be present right now on other planets and moons in our solar system (as described on Dr Salla’ Exopolitics website) without us seeing them.

For my next article in this series, I will get to the important subject of the Superhumans who became known to humanity as solar deities.