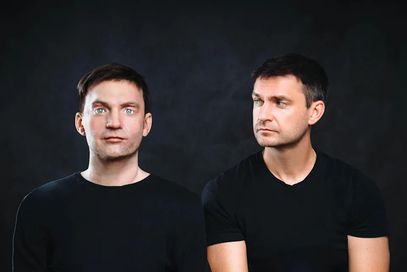 We were born of Superhumans. Now we have to become Superhumans ourselves. And we need to accomplish this transition (or transmutation) while we are incarnated here on this plane.

It was Sai Baba who said that here on planet Earth is the only place in the universe where humans exist as intelligent self-aware beings in flesh and blood form. There are many around today who look forward to further devolving the human consciousness so that it is incorporated into machines, i.e., androids. This is what I refer to as the second fall. It is the merging of artificial intelligence (AI) and biology.

History records that mankind had an original Fall. Now science is preparing to take us into a second fall by installing the human consciousness into bio-machinery (biotechnology). This is known as Transhumanism, or H+.

The only way we can break free of the karmic cycle is to do it while we are incarnated here on the Earth in our bodies flesh and blood. We must go through ‘death before dying.’ This is what some people call enlightenment. Man Know Thyself. Become God-aware. There have been a number of techniques used over the past few millennia. I have written articles for magazines on The Way of the Iatromantis, and on this website about the Secret of the Golden Flower, as a couple of examples of these ways (or, Way).

The human condition causes us to be separated from the Source, divided within ourself and in a perpetual state of competition. This state of competition starts with our innate animal instincts, is encouraged from our school days and, in its worst form, culminates in warfare among tribes and nations.

Life on Earth has unique characteristics for us humans. During our incarnation here, we pulsate to circadian rhythms and the movements of the Sun and Moon, combined with the tilt of the planetary axis and its magnetosphere. We adapt our limited consciousness to them. Day and night; dark and light; waking and sleeping; summer and winter; birth and death.

When I asked a new age workshop teacher – who believes that the new humans emerging on our planet have come from other planets - how beings from other star systems could possibly adapt to these rhythms, she told me her theory was that this was what is behind the increasing incidence of ADHD, autism etc on Earth. I personally believe it is extremely difficult for Non-Human Intelligent Beings (NHIBs) from other parts of the universe to be born into, and adapt to, a physical human body.

Artificial intelligence and the coming challenges to humanity!
Warning bells sounded for the impending phenomenon of Artificial Intelligence (AI), with a statement from the late Prof Stephen Hawking in the first week of December 2014.  He told the BBC, "The development of full artificial intelligence could spell the end of the human race."  His concerns are echoed by technology entrepreneur Elon Musk, CEO and Founder of Tesla and Space X, who proclaims that AI is our biggest existential threat.  But, like it or not, AI is upon us and humankind is already undergoing changes that are preparing us for this brave new world.

In 2019, military whistle-blowers claimed their human bodies were already getting artificial cyborg enhancements. By some estimates, one-third of the U.S. work force will be replaced by robots by 2030. Today, more than 100 autonomous robots patrol the North and South Korean border. Warnings are coming from many directions that A. I. "is a fundamental risk to the existence of human civilization," as Elon Musk told a recent National Governors' meeting.

Author Roger Koch makes a plausible assessment when he draws our attention to the merging of cutting-edge sciences such as Biochemistry, Biotechnology, Microbiology and Nanotechnology. In his novels he has coined the terms: Hu-Bot – meaning humans enhanced artificially with various parts – whether artificial limbs, electronic implants or organic cloned body parts; Ro-Man – being sophisticated machines that duplicate living circuitry and more importantly are organic, incorporating living cells that replicate and self-adapt to their environment.

Taking this merger to its logical conclusion, there will be two species on planet Earth that increasingly integrate, with the probable outcome that reproduction will occur between them, whether sexual or invitro.

This produces dilemmas on a number of fronts. The first is social: can machines be granted citizenship, such as when the robot Sophia was controversially granted citizenship by Saudi Arabia in 2017? The second is ethical: most Western countries have already moved to ban the use of life-like dolls for sexual purposes; this gives rise to the possibility of artificial humanoids being kept as sex-slaves, or simply to act as surrogate carriers of embryos for reproduction purposes. (This gets even murkier as the lines become blurred between Hu-Bot and Ro-Man). The third is the issue of Cosmic Laws concerning incarnation: if a human, who possesses a soul, mates with a non-human and they produce offspring, do their children have souls, or are they soul-less androids? Do some have souls and not others – at what point can there be said to be a new hybrid species on the planet?

It is evident from the comments being made that our greatest fears are that machines will surpass and control us; that the internet will develop a mind of its own; that robots will take our jobs; that AI will make humankind redundant and, with the population set to reach 9 billion before 2050 while food and water dry up, that AI will impassively set about culling our numbers.  Academics are divided in the debate over Transhumanism (or H+) due to both ethical dilemmas and potential physical risks, with some proposing that ultimately our consciousness should be uploaded to computers and perhaps even to a simulated holographic reality. The alternative is that the human body will be altered to incorporate technology.

We are carbon-based life and computers are silicon based. The essential difference between carbon-based humans and silicon-based technology is that we have a ‘soul.’ Primitive hominids possessed vital life-force and animus, or spirit, but my impression is that individual self-aware energy fields we know as soul personalities were once the exclusive attributes of our non-human creators, whom I refer to as The Watchers.

We are now learning that on a chemical level, silicon may demonstrate the principles and patterns of life. Rather than compete with computers, some in the scientific arena prefer the idea that we assimilate with them and upgrade our human biology. The ‘marriage’ of carbon and silicon transpires as humans embrace the new (or perhaps rediscovered) technology, triggering the Watchers’ DNA inside us, with the knock-on effect of reawakening higher consciousness and latent powers.

The key to all this is Consciousness, which science struggles to come to grips with, and which I believe is an attribute of the soul (which we humans may well possess as a result of the Watchers’ Autosomal DNA). While scientists may be able to create synthetic brains, the human soul cannot be uploaded to an artificial carrier - there are no algorithms for Consciousness, intelligent self-awareness or, most importantly, Love – at least not yet.

Stories of the creation abound in cultures around the world, the best-known examples being those of the Sumerians, Hebrews, Greeks, Egyptians and Mayans. According to the Book of Enoch, the group called The Watchers began to mate with the early engineered humans and produced a hybrid race of tall people. The advent of the new race is not just another stage in evolution, it is a major structural shift in the human DNA - a mutation that takes only two or three generations to complete. 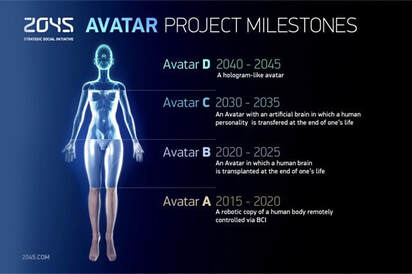 By incorporating silicon-based technology into the human body, we may extend longevity, improve health and means of nourishment, acquire telepathy and new levels of IQ along with a host of other advances. However, H+’s ultimate aim of eliminating aging and death altogether seems to go against the instructions encoded within our DNA by the creators of modern Homo Sapiens. All the ancient traditions tell us that our physical flesh-and-blood bodies will never achieve immortality.

There are compelling reasons to back the conviction that the coming new race will remain essentially (even if part-bionically), flesh-and-blood human beings here on the 3-D level, at least until when (or if) we learn how to activate our Light bodies. Even Neo-Humans will require a beating heart, blood and DNA to maintain their physical 3-D presence for the time being. As mentioned earlier, I believe humans can only ascend the next higher-dimensional level while they are incarnated in flesh-and-blood bodies.

The condition in which the new race retains its intrinsic human nature differs from the ‘Singularity’ hoped for by the likes of Google’s Ray Kurzweil, or the Trans-humanistic vision of the ‘2045 Initiative’. The latter (abbreviated as H+) is the initiative of Russian entrepreneur Dmitry Itskov, who does acknowledge the ‘invisible component’ of humans when he says, “The successful realization of the new development strategy requires large-scale transformations from humanity, comparable with not one, but two revolutions of the past: spiritual, and scientific & technical.”

Although this H+ future might now be inevitable for the mindless masses, who will end up under the control of elitist rulers, I suggest that those among us who are awakening to our true higher-dimensional selves should seek the preferred option: to end the division of consciousness that we have inherited and re-join our soul personality with our Overself – while still alive in the here-and-now.

The way we look to a distant constellation
That's dying in a corner of the sky
These are the days of miracle and wonder
And don't cry baby, don't cry, don’t cry