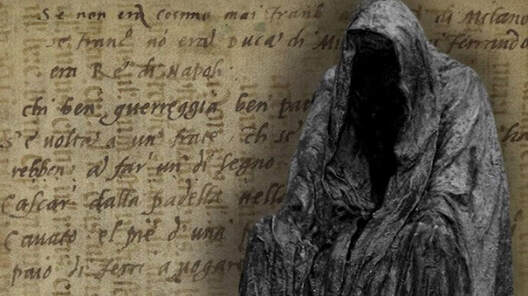 Every culture around the world has detailed stories of beings called gods, demigods, angels and ‘sky people.’ Although modern-day academics like to dismiss all such legends as works of fiction, it is interesting that a number of written records combine such entities with accounts of historically-accepted real-life figures. Along with my own personal knowledge (to be presented in an upcoming article), I refer you to these sources of information.

The Kolbrin Bible
The Kolbrin Bible is a record of humankind’s forgotten history over the last 3,600 years. Some prominent scholars have categorized it as the first antediluvian bible. These archives narrate the story of human creation and the existence of ancient races who were on the planet before the biblical Adam and Eve, including the Fallen Angels.

The Book of Enoch
The Book of Enoch is considered by many scholars to be one of the most essential non-canonical apocryphal texts in history, and it is theorized that it made a considerable contribution to Christian beliefs. This ancient book is summed up in five main sections. In the first part it chronicles the disappearance of the Watchers - the angels who created the Nephilim.

The Book of Giants
The Book of Giants relates that the Nephilim were real beings who existed in the past, and records how they were eradicated. It was discovered several decades ago in the Caves of Qumran, the same place where the Dead Sea Scrolls were found. The book describes in detail how the Nephilim lived on Earth, wreaking havoc and causing mayhem. Recognizing that they would face annihilation as a result of their behaviour, they asked Enoch to intervene on their behalf, but were ultimately wiped out.

The Sumerian King List
The Sumerian King List is a manuscript listing kings of Sumer (ancient southern Iraq), their reign lengths, and the locations of official kingship. The first fragment of this text was a cuneiform tablet found over a century ago at the site of Nippur and published in 1906. What makes this artefact significant is that the list blends so-called mythical pre-dynastic rulers with the names of historical rulers who are known to have existed.

The Sumerian King List begins with the very origin of kingship, seen as a divine institution: “the kingship had descended from heaven.” The early (antediluvian) list names eight kings whose reigns spanned a total of 241,200 years. After a great flood, various city-states and their dynasties of kings temporarily sprang up until "the kingship was lowered from heaven" once more.

The rulers in the earliest dynasties are represented as reigning fantastically long periods: “After the kingship descended from heaven, the kingship was in Eridug. In Eridug, Alulim became king; he ruled for 28,800 years. Alaljar ruled for 36,000 years. 2 kings; they ruled for 64,800 years.”
Some of the rulers mentioned in the early list, such as Etana, Lugal-banda and Gilgamesh, are legendary figures whose heroic feats are subjects of a series of Sumerian and Babylonian narrative compositions. Gilgamesh ruled in Sumer, in the city of Uruk, for 127 years, and as stated in the Epic of Gilgamesh, he was born two-thirds a god and one-third human. This is more easily understood today by the term hybrid.

The Turin List
When studying the known lists of ancient Egyptian rulers, such as the Palermo Stone and the Abydos Kinglist, scholars are fond of saying that the names of first rulers of the Old Kingdom are either missing or unclear. But the authentic list, compiled by Ramses II and now known as the Turin List (or Turin Canon), clearly shows that the first two dynasties consisted of gods, including Ra, Osiris, Horus and Thoth. After them came a temporary period ruled by “spirits” or “followers of Horus,” then the 3rd Dynasty of human (or hybrid) pharaohs, began with Menes.

The Greek Lists
The accounts of deities who ruled over ancient Greece come down to us through the poets Homer and Hesiod, and the historian Herodotus. The realization that non-human entities dwelt on a plane above the physical Earth – in this case, Mount Olympus – corresponds with the understanding of the earlier civilizations who built pyramids and ziggurats to connect us with those who lived in the sky. Even today, the subtle dimensions of the ascended masters overlap with our world in locations such as Mount Meru, Mount Kailash and the Himalayas.
The Greek giants were known as the Titans.

The Connection
The ancient Mesopotamia and Egypt periods were epochs in which deities still communicated and interacted with physical humans and hybrids.
During the Golden Age of Greece, the Superhuman beings we now call gods, working with selected individuals, established the Western Civilization that still exists today, handing over responsibilities for affairs on the mundane plane to humans.

The next article in this series will look at two associated personalities – Apollo and Lugh – and the legacy they bequeathed to our present-day society.