Apollo in Our World 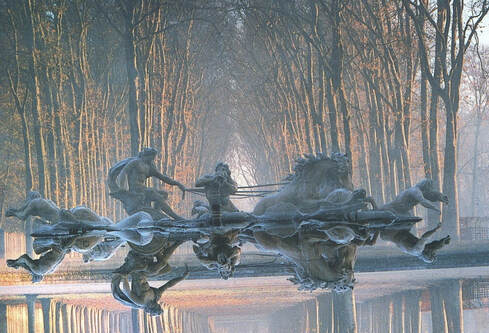 There has been much ‘chatter’ on various websites and among the New Age community about the coming Earth changes. Some see it as the End Days, while others look forward to an Ascension of Frequency (i.e. an inter-dimensional shift). I have just watched a two-hour movie put together by David Wilcock and Gorey Goode called The Cosmic Secret in which they endorse the idea that the Event will be set in motion by the Sun.

Two years ago in October 2019, I wrote a blog titled Will the Sun Lash Out at Us? on my Southern Sunlight blogsite. The Cosmic Secret acknowledges that the archetypal Force known as Ra will be responsible for solar storms that will initiate the Event. There have been colourful aurorae appearing in the skies well away from the north and south poles – moving in the direction of the equator – and Corey Goode has tweeted that this is exactly what is expected to occur when the great solar event is imminent. That movie also examines the likelihood of a polar shift of approximately 40 degrees, which will affect most continents adversely, while having a favourable outcome for Australia and the Antarctic. I will come back to the topic of Australia shortly.

Rupert Sheldrake and others have speculated that the Sun is conscious, which would make it a Cosmic Impulse rather than a personality. We can make a distinction between personalities and ‘deities’ such as those known by the names of Apollo and Lugh, vis-a-vis the archetypal solar Force which the ancient Greeks and Romans recognized as Helios or Sol Invictus. That is not to say they are not connected – they most definitely are – but we humans can more readily identify with the personified beings.

A further distinction should be made between ultra-dimensional beings who manifest, or materialize, here in the 3D realm, as opposed to those who undergo physical birth into human bodies and incarnate as Avatars. Apollo will not be doing that, but he will be appearing and interacting with the New Human leaders in the approaching New Age.

Wherever possible, I like to use words that enable the human intellect to wrap itself around non-worldly concepts. Many great writers and thinkers have made the point that every physical entity has a non-material counterpart. It should be further noted that this non-material counterpart is the source of the physical entity – it exists first and the physical being emanates from it. An interesting article on Graham Hancock’s website proposes that we can think of that non-physical source as being a two-dimensional reality, while our Earthly 3D experience is a hologram projected by it.

Right now, Apollo is working with the Forces of Light to bring about the new frequency in the world. Once we go through what is being called Disclosure, his presence will be witnessed publicly by those who are ready for Ascension into the higher dimensional frequency. As mentioned, he will be ‘personified’ again, but not incarnated as a human being. This is achieved by a higher density embodiment, through which he will appear to us as having different kind of flesh, composed of plasma, light or electromagnetic energy.

Since the coming ‘ascension’ is all to do with the Sun, including CMEs/solar flares, aurorae and disturbances of electronics, it is fitting that Apollo is involved. He is most certainly working with the Forces of Light, in opposition to the Dark. My own work is all about the connection of the Sun with Western Civilization, as established by a group of Luminaries more than two and a half millennia ago, as its cycle reaches its conclusion today.

To help put that in perspective, I quote from the 2015 article about Apollo: which is available on this website:
“This was the beginning of Western civilization, which was conceived of and purposefully initiated by the great Solar Personality, Apollo, and enacted first by his chosen intermediary Pythagoras, followed by Empedocles in the following century, and on down through the Greek Mystery Schools. To the unenquiring mind, it looks as though the Sun Kings left us humans alone from the 5th Century BC onwards; however they are still among us, some on the material plane and others on the Intelligible plane. Since the 1980s there has appeared a number of children born who are conscious of being Sun-children right from birth. They have become commonly known as Indigo Children or Star Children.  Some of us may be Watchers. And this civilization may be finite – there might well be a projected end.” 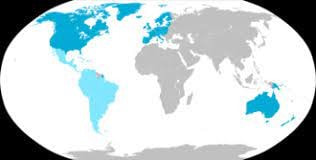 There is a reason why I am incarnated at this time and place (Australia). It is not just the closing days of the Western Civilization which, even though it dominates the globe both financially and militarily, only represents 20% of the world’s population. We will also see upheaval in China, India, S E Asia, Russia and Africa. In other words, the influence of the Sun will reach the whole planet, causing a transformation of humanity.

Fifty years ago, when I will still quite young, I was mentored by a person I will just refer to as HM. He spoke of the coming changes with the certainty that Australia would be the land from where the New Humans would bring the Golden Age into existence. But first, he cautioned, we would have to go through a period of cataclysmic upheaval – an event he referred to as “the cleansing of the sanctuary.”

I wrote another blog in 2019 titled Preparing for ‘The Event’ – What Will It Mean for Australia? In it, I quoted several other sources, some of whom are known to me personally, regarding the conviction that Australia has a central role to play in the raising of humanity’s frequency – still connected to this Earthly sphere, but dwelling in another density (dimension).

Over the past few years I have written a series of articles for New Dawn magazine about the historical figures who contributed to Australia’s spiritual, metaphysical and occult legacy. In ND Issue #152, September-October 2015, one such story was published under the title The Mystique of the Manor. It was primarily about the historic building that was, and still is, home to the Theosophical Society in Sydney. I concluded it with the following paragraph (Note – CWL is Charles W Leadbeater):
“There is a conviction held by organisations and individuals concerned with esotericism that Australia has a special role to play in the dawn of a New Golden Age. In a series of lectures delivered in Sydney in August 1915, CWL had proclaimed “Australia and New Zealand as the home of a new sub-race.” He had detected in Australia “children and young people of a distinctly new type.” A new antipodean human type characterised by intuition and the powers of synthesis.   This is consistent with the New Age concept of Indigo Children.  In the last years of his life, CWL claimed to have been instructed by the ‘World Mother’ to establish a ministry for her worship, including an apostolic succession to be passed on through women and for the foundation of a feminine religion to parallel the masculine-based Christianity. To date this has not made any public appearance, but the tradition is said to be perpetuated within Theosophical circles privately.”

The edition of New Dawn magazine that is current at the time of writing (#188, Sept-Oct 2021) contains a piece titled Australia, Visions Past & Future by Mehmet Sabheddin. He was involved in a secret school called the Brotherhood of the Pleroma and quotes his friend, Brother Martin, who prophesied back in 1999, “Wait twenty or twenty-five years… A new era approaches. Follow the signs. Beyond the transition. Beyond the chaos… Note the years 2020, 2023 and finally 2030. Write them down.”

Dates have not been revealed to me personally and I am not prepared to play guessing games with the exact timetable. However, anyone who takes the trouble to peer past the daily news cycle and critically examine what is happening all around them, joining the dots of events both natural and man-made worldwide, will see that the process has already begun. It is no longer a mere prediction about some far-flung point in the future.